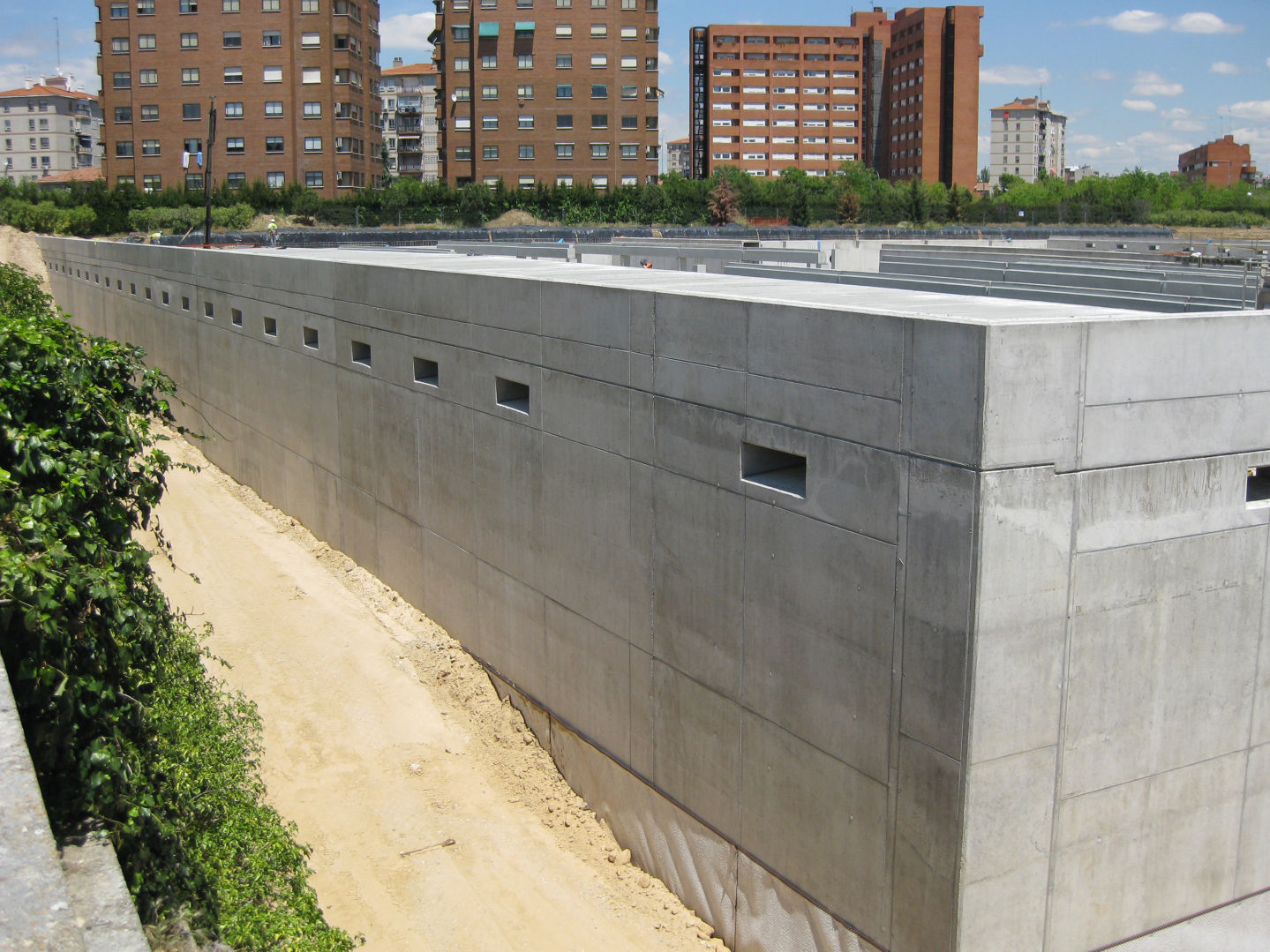 What makes the Madrid water tank project particularly important for Peikko, is the magnitude of it: the tank is 265 m x 100 m in size and once complete, it will have the capacity to supply water to half a million people in Madrid. The work involves the demolition and removal of existing water storage facilities that are out of service and replacing it with a new underground water tank with 157.000 cubic meters capacity consisting of six interior modules made using precast columns and beams.

Approximately 1400 pcs of Peikko connections were used in building the tank. More than 350 columns were connected to a slab foundation by standard column shoes and short anchor bolts. PCs® corbels were used to connect precast beams with the perimetral in-situ walls in some parts of the water tank. In addition, a few PETRA® hangers were used to make openings in hollow core slabs floors.

The project is important also because of the leading role Canal de Isabel II has played in the development of Spain’s water infrastructure since the establishment of the company in 1851. Today, the firm manages the water infrastructure for more than six million residents in Greater Madrid; it, among others, manages 14 reservoirs, some 270 water tanks, 150 wastewater treatment plants and has a distribution network of nearly 15.000 kilometers.

Fernando Martínez, Managing Director of precaster Grupo Berma, said the Madrid water tank project was a particularly demanding one because of its magnitude. Grupo Berma manufactures, transports and erects structures, slabs and other precast concrete products with more than two decades of experience. “The Madrid water tank project really challenged us because of its massive size, the tight schedule and the difficult accessibility to the site, as well as the number of firms working on it at the same time,” Martínez said. Adrian Liste, Sales Engineer at Peikko Spain, said Peikko convinced the companies involved in the project to choose Peikko’s products underlining the system’s ability to ensure reliability, safety and the fast assembly of the structure so that construction could be completed within a very short timeframe. There were many trucks passing through the construction site, so Peikko’s immediate rigid column connection system was more suitable to the conditions than other insecure and non-rigid connections systems.

Adaptability of Peikko’s products also attracted the precast concrete company. “With standard Peikko column shoes, the production of columns at the factory was effective and their assembly at the building site fast and easy. Peikko’s system offers complete rigid connections so there was no need for additional bracings which would make internal movements at the building site difficult,” Martínez added.

The project had a tight schedule – the structure of the water tank had to be built in only 12 months – but thanks to the quick delivery of the products and the fast and safe assembly process, all parties were able to keep to the agreed timetable. Enrique Hernández, Managing Director of Peikko Spain, admits the Madrid water tank project was a massive challenge also for Peikko, and is already proud of the outcome. “We are really satisfied with the results of this project and the positive feedback from our customers” “Peikko systems offer large 3ZkSiKpoQzKiFPELUMfn6Q projects like this numerous advantages. In Madrid water tank project hundreds of columns were manufactured 200 kilometres away, transported to the site and assembled. The whole process was fast, safe, and easy, and had no effect on the neighborhood. Savings in excavation, concrete, reinforcement, assembly teams and cranes, generated by the use of Peikko system were significant. We are sure we will do many similar water tank projects in the future”, Hernández added.

• When using the Peikko short bolt type /L, there is no need to increase the thickness of the slab foundation as is with traditional methods. This keeps costs incurring from extra excavation, concrete and reinforcement as well as construction site labor force at check.

• Interference between Peikko’s bolts and reinforcement of the slab foundation, which is often very heavy in this kind of projects, is minimum compared to other traditional connection systems for precast columns.

• The thickness of the slab foundation is less than in traditional systems. When making the foundation of the project this saves materials (concrete, reinforcement, formwork, etc.) and time (fewer hours of excavation, concreting, auxiliary work). The bigger the project, the more important cost savings described above are.

• Faster assembly system for precast structures compared with traditional systems, which involves shorter periods of assembly and cost savings in specialized workers and cranes, which in the case of big capacities are very costly.

• Safer system during and after installation of the columns compared to traditional systems. This greater safety is very important in large scale projects where there are many jobs and movements in the building site at the same time.

• The connection of the columns using Peikko’s system is rigid immediately after tightening the nuts, so it is not necessary to brace the structure during the assembly of the columns, or during the process of grout mortar sets. This brings savings in braces and installation labor costs, and eliminates the need for auxiliary elements on site, which would complicate the access of cranes and lorries, slowing down the pace of construction work.

• The system allows assembling the column quickly and easily and leveling several centimeters in height in relation to the height of the project (-2 cm, +3 cm depending on anchors models used)

• Total adaptability to all types of meteorological factors; not affected by cold weather or rain when being assembled.

With standard Peikko column shoes, the production of columns at the factory was effective and their assembly at the building site fast and easy. Peikko’s system offers complete rigid connections so there was no need for additional bracings which would make internal movements at the building site difficult 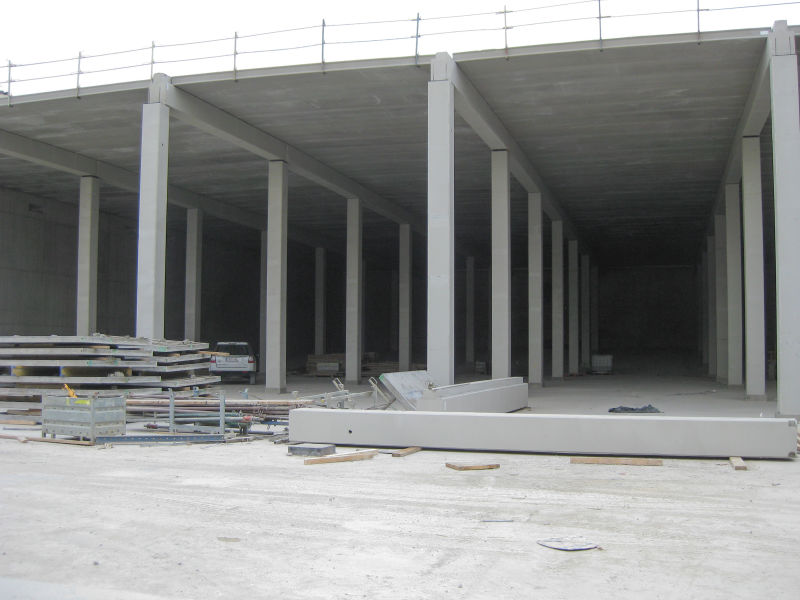 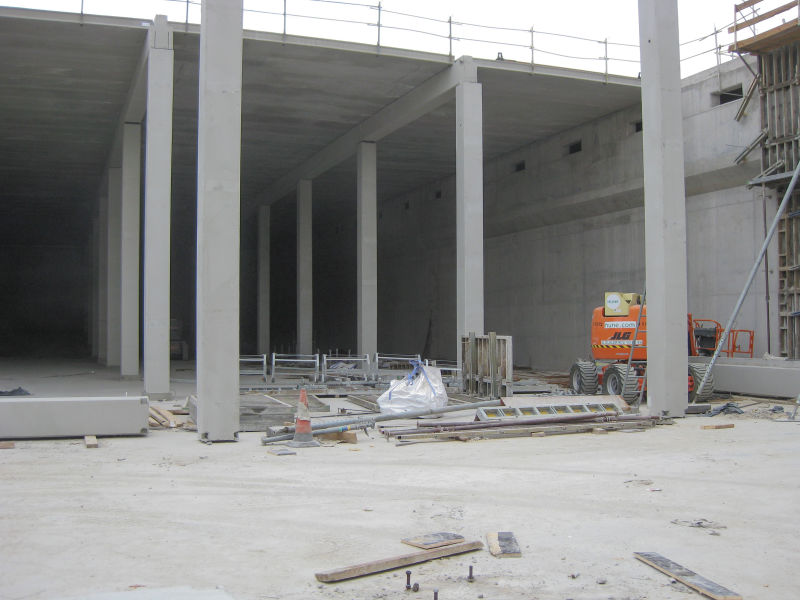 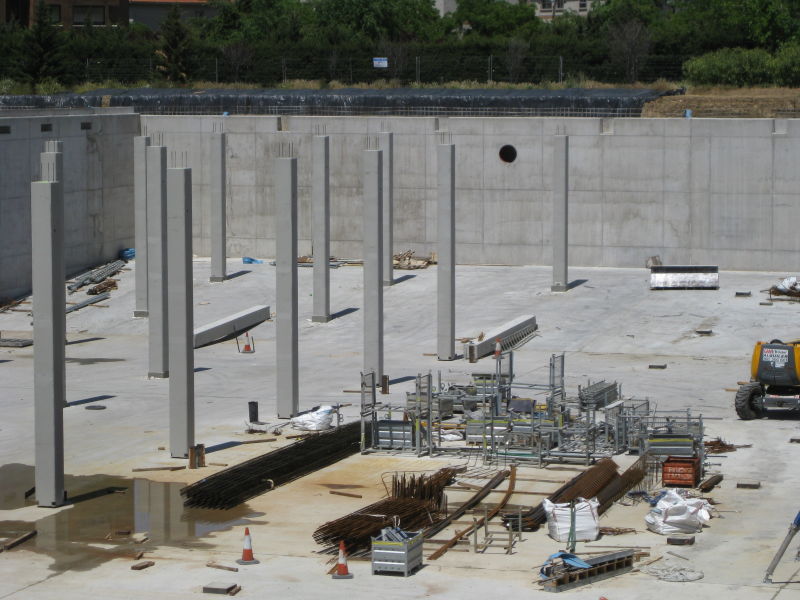 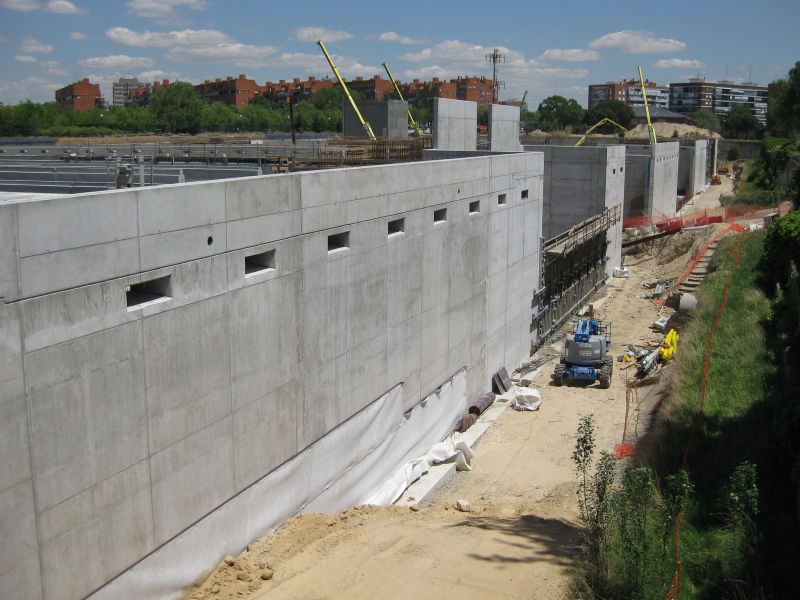 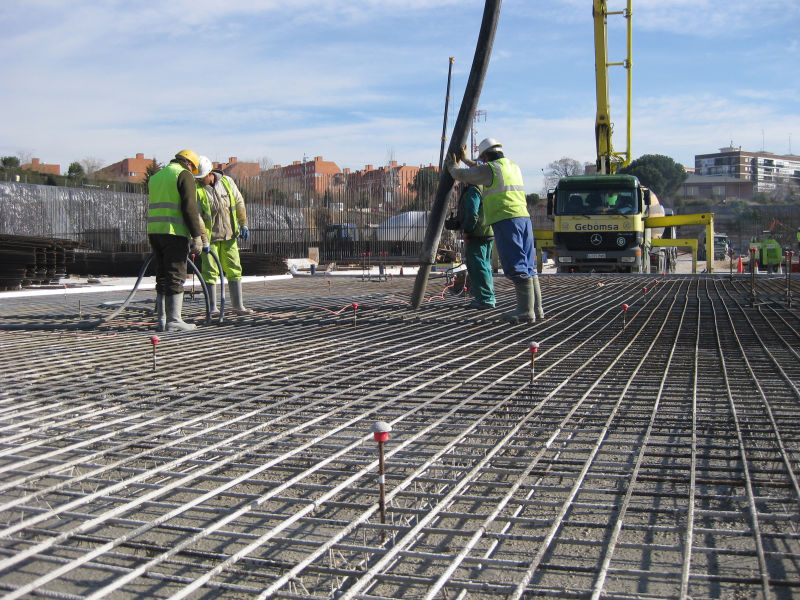 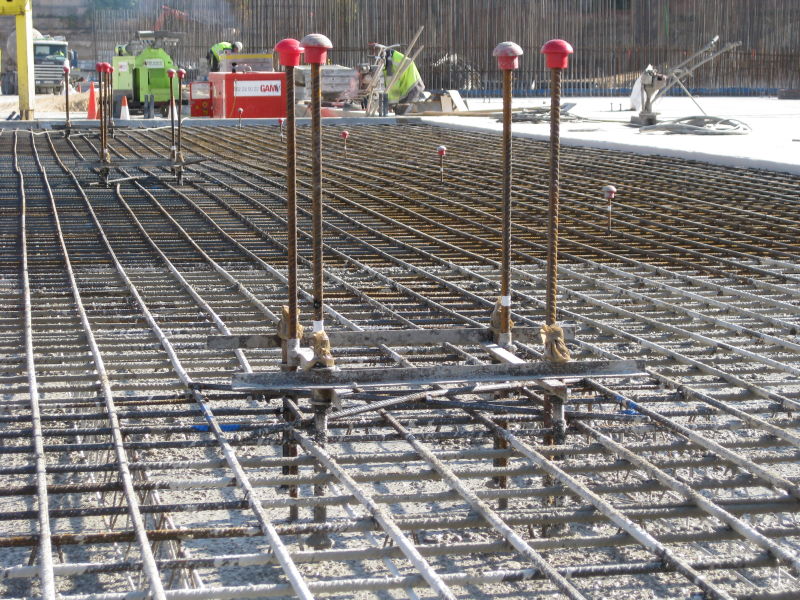 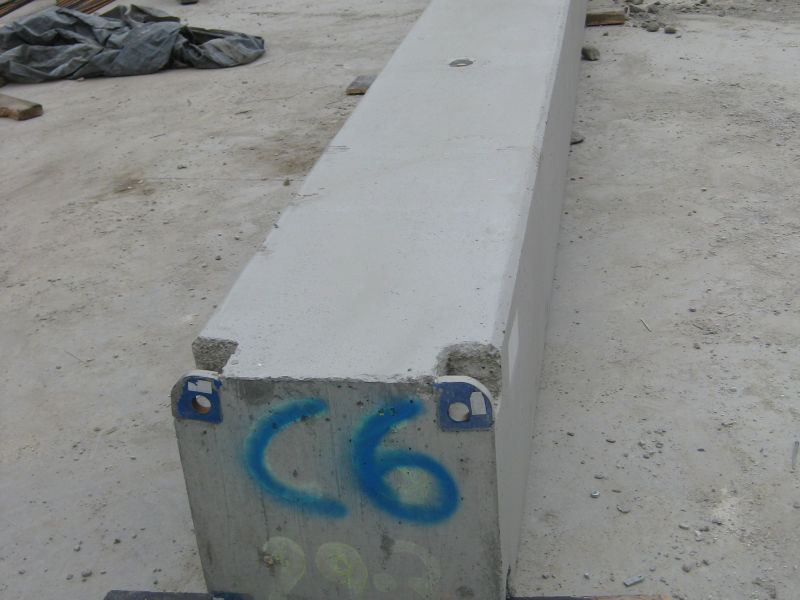