Zurich Airport built a new baggage sorting facility and expanding its early baggage storage. The sticking point of the 455-million-euro project was that it had to be built while the airport was in operation. This means that the construction work must not interfere with the operation of the existing facility and various other installations.

When Zurich Airport's baggage sorting system (BSS) went into operation in 2001, some 21 million passengers a year used the airport; it now handles more than 31 million. In addition, the EU is tightening the standard for security screening of baggage. Airport Zurich AG is investing a total of around 470 million Swiss francs for the new BSS and all other adjustments to the airport-wide baggage system.

The extension of the BSS is housed in a base building with one and, in some areas, two basement levels, on which future extensions can one day be erected. In addition, a two-story early baggage storage facility was built on top of the existing building. This is where the suitcases, bags and boxes checked in the evening before, for example, are stored.

What was particularly tricky about the project is that the existing facility must continue to operate during the construction work and must not be impaired so that flight operations are hindered. Only when the new BSS is completed could it be connected to the old one. After that, the old facility is rebuilt.

For the new BSS, a deep excavation pit had to be constructed first. This had to be done in the vicinity of the existing facility and other airport buildings, tunnels and media ducts. This posed numerous challenges, not only in terms of construction work, but also in terms of safety. For example, beneath or next to the new BSS to be built are not only the old facility, which continues to operate, but also spaces that are not accessible for the construction work and are located in the security-controlled area of Zurich Airport.

This highly complex work was planned and executed using Building Information Modeling (BIM). Jägerpartner Ingenieure AG was responsible for the structural design of the supporting structure and the excavation.

The new BSS includes a greatly enlarged early baggage storage facility. For this purpose, the building was extended with the existing BSS. It was therefore necessary to connect the old building with the new one by means of steel rings. "In addition, the existing ceiling was structurally strengthened in some areas. All the work inside the BSS had to take place at night, as it would otherwise have interfered with ongoing operations."

The new early baggage storage facility consists of two levels with a total height of around ten meters, which can accommodate 2,500 pieces of baggage when completed. At the same time, it has to be designed statically in such a way that it can be extended at a later date. "We needed a lightweight structure that could be assembled quickly and with which we could bridge large spans of up to twelve meters without columns. With a solid construction, we would have needed a large slab thickness with high dead weight. However, this would not have enabled the addition of an additional floor at a later date."

The decision was therefore made to use the "DELTABEAM®" slab system by Peikko. The project manager, Besnik Beshiri, explains: "The slim-floor slab system allows large spans and lightweight but very strong slabs that can be installed quickly at the construction site. Fabrication time is significantly reduced with this system."

Thanks to BIM and a high degree of prefabrication, the construction work is on schedule, despite the breathtaking complexity of the task. Started in spring, the GSA installations will be installed in the early baggage storage facility. This also includes the connection of the existing GSA with the new early baggage store through the newly created large ceiling openings. However, passengers will not notice any of this: their baggage will be transported to the aircraft quickly and reliably even during the transition phase. BSS's airport-wide expansion work will be completed with the last stage in Dock E. The construction work is scheduled to end in 2025. Construction is scheduled to end in 2025. 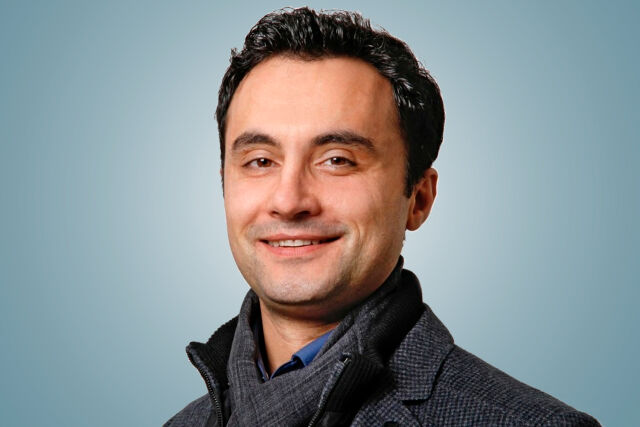